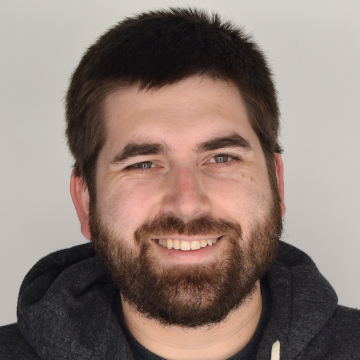 Hello all! I am Joseph Ziegler, a senior applications developer at Uber, based in San Francisco, California. I am working permanently remote from Roseburg, Oregon.

I'm an experienced IT professional with over ten years of working in the technical industry including experience in support, Linux administration, server automation, high availability, architecting and deploying large cross-region server environments for 30,000+ employees, CI/CD, configuration management, and TCP/IP networking. Experience supporting a large corporate-level infrastructure at a very fast-paced environment. I am able to support a large user-base, mostly under pressure, including campus-wide outages, working on several projects at once pertaining to services in the SRE and DevOps stack. Proven ability to drive projects on my own and having a positive impact on a company's infrastructure.

I am very interested in new technology, TCP/IP networking, system administration, automation, and Infrastructure as Code (IaC). I am ready to learn new things and to make a difference in the world with today's computer systems. My ambition is to utilize my diverse background and technical experience to make a positive impact on my future career and the world.

My passion is technology. Working in the technical industry is my dream and I do whatever I can to learn every single day and make a huge impact on the corporate infrastructure.

Infrastructure Engineer I on the Tech Services, Corp Site Reliability Engineering Team. Our mission is to ensure a durable approach to engineering for all corporate systems through proactive design, automation, and metrics.

• Promoted to Infrastructure Engineer I on the Corp Site Reliability Engineering Team.
• Wrote weekly updates for the entire global service desk team which includes all important changes, updates, and critical information regarding services we supported.
• Set all time record with another colleague for the most amount of tickets completed in one workday.
• Began after work program to teach service desk team desired technologies for career growth.
• IT onboarding lead for all of Uber’s new full­time employees weekly.
• Created and designed projects, which affected all service desk teams globally to help streamline our ability to resolve tickets more efficiently and help scale with the company growth.
• Wrote bash scripts to automate tedious processes for LDAP additions, deletions, and modifications.
• Wrote tools using Google's App Script to make processes more efficient.
• Won the Most Valuable Person award for 2015 on the global tier 2 team

Encountered all major desktop and mobile OS’s (Windows, Mac, Linux, ChromeOS, Android, Blackberry, etc) and a sophisticated userbase with technically challenging support cases. I supported Google employees directly and remotely, including support with Google's internal tools and applications. In this role, I also took on small to medium-sized IT projects, which impacted all Google campuses globally.

• Supported all Googlers in a front-line IT support role through a helpdesk and user-submitted tickets.
• Took on medium-sized IT projects, spending 8 to 10 hours per week on specific tasks, which impacted all Google campuses globally.
• Visited Google offices globally to support smaller offices requiring quarterly visits or larger offices when short staffed.
• Worked with other teams such as Network Operations, Windows Service Team, Linux Service Team, and many others to diagnose, troubleshoot, and repair issues causing downtime for employees or resulting in site-wide outages.
• Led a global initiative project, impacting all Google offices globally relating to Google’s conference rooms.

• Provided IT support on-site and remotely for 50+ employees at 4 locations.
• Provided emergency on-call support when needed.
• Managed and maintainted all workstations, networking equipment, and servers.
• Assisted in the planning, design, documentation, and implementation of various systems including servers, desktops, laptops, mobile phones and software applications.
• Designed and maintained a linux-based backup system, backing up all server related systems company-wide.